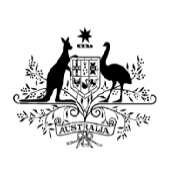 The Morrison Government of Australia is introducing further reforms to the financial advisory sector by fulfilling recommendation 2.10 of the Royal Commission into Misconduct in the Banking, Superannuation and Financial Services Industry.

In its recommendation, the Royal Commission called for a single disciplinary body for financial advisors, insisting that everyone who provides personal financial advice to retail clients should be registered.

In addition, tax (financial) advisors are no longer to be regulated by the Tax Practitioners Board but instead will be regulated only under the Corporations Act 2001.

Parliament has already passed the Financial Regulator Assessment Authority Bill - which awaits Royal Assent - to please the Royal Commission. Under it, the Government will set up a new Financial Regulator Assessment Authority (FRAA) to keep an eye on the effectiveness and capability of ASIC and the Australian Prudential Regulation Authority (APRA). ASIC will be first in the authority's sights. As is often the case with such state-funded, state-appointed bodies, the Government is claiming - none too convincingly - that the new body will be "independent."