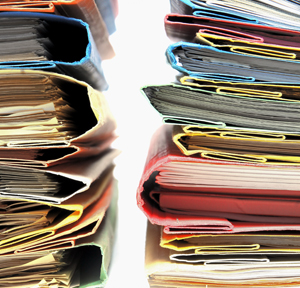 Research from FE fundinfo has found that fund groups will still struggle to meet the end-of-year deadline for the PRIIPs Regulation, despite the fact that the European Union has removed at least one of the barriers to the implementation of the changes.

In a white paper entitled Preparing for PRIIPs, the fund data and technology company has revealed that despite the European Insurance and Occupational Pensions Autority’s final agreement to the outstanding Regulatory Technical Standards (RTS) last month, one in eight fund groups do not believe that they will meet the deadline of 31 December. A further 38% have yet to even start their production of PRIIPs-related key information documents or KIDs, even though they still entertain hopes that they will meet their deadlines.

The two main reasons why fund groups might struggle, according to FE, are disagreements about policies and the job of gathering data for the production of KIDs. The chief concern of a quarter of the fund groups in the survey was EIOPA's tardiness in signing the RTS, while 23% expected problems producing and gathering the data required by the KIDs (sometimes known as KIIDs - key investor information documents).

Additional barriers to meeting the deadline included the cost and time constraints that the regulation will place on operations (13%), uncertainty about which products are included in the regulations (11%) and the dissemination of documents to third parties and fund distributors (8%).

FE fundinfo does not find it surprising that so many fund groups are struggling to meet the PRIIPs deadline. EIOPA has signed the RTS at last, but there might still be hurdles to jump both in the European Parliament and the Council of Europe - some of the European Union's other decision-making organs - which could delay implementation further.

FE's regulations manager told reporters: "With less than a year to go, every day is critical for fund groups, given that we know from UCITS KIIDs the time and resources required for their production. It is time that fund groups don’t have, so it is no wonder they are concerned.”

Despite these concerns, the research also revealed that fund groups are taking their own initiatives to prepare themselves as best they can. Nearly 40% say that they have spent more on IT in order to meet the data requirements, while the same amount have attended or joined a technical event or seminar. Meanwhile, 35% have outsourced PRIIPs KID production entirely.

The administrative burden that PRIIPs KIDs place on fund groups is hard to underestimate. Fund firms have to prepare new documents every year for every active share class, publishing information pertaining to performance, risk, costs and charges - this is both time-consuming and costly. To add to this, many KIDs/KIIDs can soon go out-of-date when markets are volatile, so it is not inconceivable that PRIIPs-related KID production will have to happen all year round.