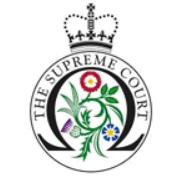 In the case of the Financial Conduct Authority (Appellant) v Arch Insurance (UK) Ltd and others (Respondents), the Supreme Court of the United Kingdom has sided largely with the regulator's appeal on behalf of policyholders.

Because it regulates insurers along with the rest of the financial world, the FCA is now in a perfect position to ensure that they pay out policies swiftly in line with the judgment.

The Supreme Court pronounced on:

(i) the interpretation of “disease clauses” (which cover business interruption losses resulting from any occurrence of a notifiable disease within a specified distance of insured premises);

(ii) the interpretation of “prevention of access” clauses (which cover business interruption losses resulting from public authority intervention preventing access to, or the use of, business premises) and “hybrid clauses” (which contain both disease and prevention of access elements);

(iii) the question of what causal link must be shown between business interruption losses and the occurrence of a notifiable disease (or other insured peril specified in the relevant policy wording);

(iv) the effect of “trends clauses” (which prescribe a standard method of quantifying business interruption losses by comparing the performance of a business with an earlier period of trading);

(v) the significance in quantifying business interruption losses of effects of the pandemic on the business which occurred before the cover was triggered (so-called pre-trigger losses); and

(vi) in  relation to causation and the interpretation of trends clauses, the status of the decision of the Commercial Court in Orient-Express Hotels Ltd v Assicurazioni Generali SpA (trading as Generali Global Risk) [2010] EWHC 1186 (Comm).

As regards (i), the Supreme Court considers the wording in a Royal & Sun Alliance Insurance Plc policy (RSA 3) as an exemplar. This clause (like many other disease clauses) covers business interruption losses resulting from any occurrence of a notifiable disease within a specified geographical radius (typically 25 miles) of the insured premises. The court interpreted the clause to cover business interruption losses resulting from the Coronavirus (which the Government made a notifiable disease on 5 March last year) as long as there had been an occurrence of one case of the disease within that geographical radius.

As regards (iii), one vexed question was whether business interruption losses consequent on public health measures taken in response to the virus were, in law, caused  by cases of the disease that occurred within the specified radius of the insured premises. The insurers argued, unsuccessfully, that one event cannot in law be a cause of another unless it can be said that the second event would not have occurred in the absence of the first. The court states: "It is...sufficient for a policyholder to show that at the time of any relevant Government measure there was at least one case of Covid-19 within the geographical area covered by the clause."

As regards (iv), almost all the policies contain “trends clauses” which provide for business interruption losses to be calculated by adjusting the results of the business in the previous year to take account of trends or other circumstances that affect business in order to estimate the results that would have “been achieved” if the insured peril had not occurred. The Supreme Court holds that insurers should not construe these clauses so as to take away any cover provided by the insuring clauses.

As regards (iv), insurers should only make adjustments to “reflect circumstances affecting the business which are unconnected with Covid-19.”

The Supreme Court believes that the Orient-Express case was wrongly decided and should be overruled.