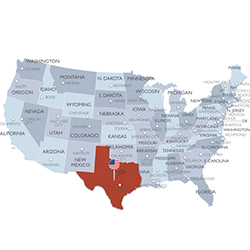 The US Financial Regulatory Authority has fined an advisory firm US$4.4 million and ordered it to pay the same amount in restitution for failing to reasonably supervise its representativesâ recommendations about variable annuities, mutual funds and '529 plans.'

Transamerica does not confirm or deny FINRA's assertion that it engaged in misconduct; it has merely agreed to pay the penalties in a letter of acceptance, waiver and consent.

FINRA says that the advisory firm's failure to supervise variable annuity recommendations fell between 1 May 2010 and 15 May 2016, during which period its commissions from the sale of those products made up more than 40% of its total revenue.

Badly regulated sales of mutual funds occurred between 1 January 2009 and 15 November 2016. FINRA says that TFA relied too heavily on its representatives to determine the applicability of sales charge waivers to customers’ mutual fund purchases. It did not provide them with guidelines on the subject and did not set up a system to verify things. As a result, TFA failed to apply approximately $438,239 in available sales charge waivers to customers.

Lastly, TFA failed to reasonably supervise representatives’ recommendations to customers to purchase particular share classes of "529 savings plans" between 1 May 2010 and 31 May 2015. Again, guidelines for representatives were absent. Nobody evaluated the suitability of 529 share-class recommendations.

'529 plans' are tax-advantaged municipal securities that are designed to encourage saving for the future educational expenses of a designated beneficiary. They are named after section 529 Internal Revenue Code (26 USC).