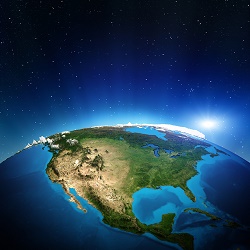 The US Securities and Exchange Commission has fined John Stumpf, 66, the former chairman and CEO of Wells Fargo & Co, for signing and certifying misleading statements to the investing public that misstated a key performance metric.

The SEC says that Stumpf and Wells Fargo publicly stated on numerous occasions that a core business strategy for the company, including its largest business unit, the Community Bank, was to “cross sell” to customers accounts and products that they needed and used. Wells Fargo published a Community Bank “cross-sell metric” in its annual and quarterly reports, which Stumpf signed and certified. In those reports, according to the regulator, Wells Fargo described the cross-sell metric as measuring the number of accounts and products sold and 'used' per retail bank household. Wells Fargo characterised its cross-selling strategy to investors as a major component of its financial success and publicly touted the Community Bank’s cross-sell metric as proof of the strategy's success.

In contrast to those public statements, according to the SEC, Wells Fargo’s Community Bank had employed a volume-based sales model that incentivised employees to sell to existing customers, often with little regard to actual need or expected use. By 2015, the Community Bank’s model had led to thousands of its employees engaging in allegedly unlawful or unethical selling misconduct by (among other things) selling many accounts and products that customers did not need, want, or use. Stumpf certified the accuracy of his firm's disclosures on Forms 10-K and 10-Q. He was the CEO of Wells Fargo between 2007 and October 2016 and chairman between 2010 and October 2016.

On 8 September 2016, three settlements with Wells Fargo were announced, each related to allegations of sales misconduct by bankers. First, the US Consumer Financial Protection Bureau fined Wells Fargo $100 million for unlawfully opening more than two million deposit and credit-card accounts that consumers might not have authorised. Second, Wells Fargo agreed to pay an extra $35 million penalty to the Office of the Comptroller of the Currency, the bank’s principal regulator, in an action also alleging sales misconduct by bankers. Third, Wells Fargo agreed to settle a lawsuit from the City of Los Angeles by paying $50 million for similar conduct.

Also in September 2016, Wells Fargo opened an investigation into its retail banking sales practices. The cease-and-desist order says that Stumpf agreed to forfeit his bonus for 2016 and all of his outstanding unvested equity awards, valued at approximately $41 million. The next year the board clawed back about $28 million from him in previous equity awards retroactively.

According to Basic Inc v Levinson (1988), a statement or omission is 'material' if there is a substantial likelihood that a reasonable investor would consider it important in making a decision about an investment.