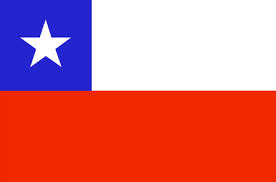 The board of Chile's Financial Market Commission has approved a plan for a gradual transition from the recently-consolidated monolith to a model based on two main pillars - prudential and market conduct. The process is expected to take up the whole of 2021.

The new structure, known as the Twin Peaks model, is the brainchild of Dr Michael Taylor of the UK and was first proposed during the mid-1990s, when a TV series of the same name was popular. The Chilean decision was prompted by no less an advocate than the International Monetary Fund.

With this change in structure, the CMF intends to "continue enjoying the benefits of being an integrated financial supervisor that motivated the merger of the former Superintendence of Banks and Financial Institutions with the commission in the middle of 2019."

The transition will begin on 1 January with the replacement of the current intendancies by four general directorates. The remaining changes will follow throughout the New Year (ending in December) with support from an external consultancy. The board approved the changes in Resolution No 4,694. Various administrative areas have been integrated this year already.

Potential conflicts between prudential, behavioral, and financial market development objectives are to be elevated to the level of the board. The IMF, which provided technical advice about the integration of banking supervision into the CMF in the last quarter of 2018, has been watching closely. The "Twin Peaks" model is now the order of the day in the United Kingdom, Ireland, Australia and New Zealand.

The regulator plans to move from a structure organised by business sector (banks and financial institutions; securities and insurance) to (i) the prudential pillar, focused on solvency and risk management; and (ii) the market-conduct pillar, whose job it will be to bring greater integrity to the stock market and protect financial customers more effectively.

Under the prudential pillar the regulator will set up a General Directorate of Prudential Supervision led by Osvaldo Adasme, the current Intendant of Supervision of Banks and Financial Institutions, and a General Directorate of Prudential Regulation led by Luis Figueroa, the current Intendant of Regulation of Banks and Financial Institutions.

By December 2021, after ratification by the board, an integrated legal department and a single Department of Studies, Statistics and Data will also have appeared. The present intendancies will cease to exist.

FINRA fines Infinity Financial Services US$35,000 for not checking backgrounds of job applicants